As an artist, you spend a lot of time, energy, and emotion developing a piece that’s unique. You develop a sense of pride as you look back on your accomplishment and want to mark the piece as your own.

Native American artists have been stamping or “hallmarking” their pieces for decades. Before the settlers came, the art Native Americans produced was solely for trade or ritual. There was no need to signify pieces belonged to a certain artist. Now, artisans are starting to step out and become revered on an individualistic level. As with most art, an individual’s skill plays a major role in the value.

Hallmarks are a symbol of culture that Native artists use to imbue their work with belief and have become a fundamental aspect of art today. These stamps can distinguish both the artist and the heritage as they represent. NativeAmericanJewelry.com encourages guests to learn more about hallmarks along with the artisans that make them by checking out our collection of handcrafted Native American jewelry. 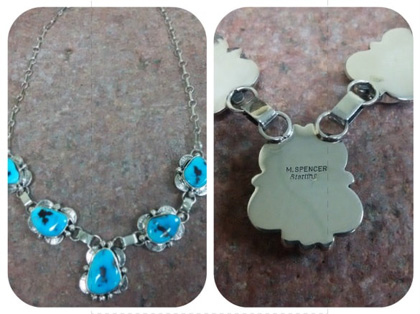 The system that most tribes use is a simple series of letters. Typically, a hallmark is the initials of their name, their tribe’s name, or some combination of the two. Navajo tribal marks can be distinguished through their initials. 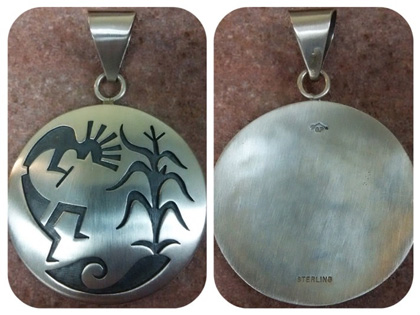 Some tribes, like the Hopi, have many common names so they’ve developed their own unique system using symbols. 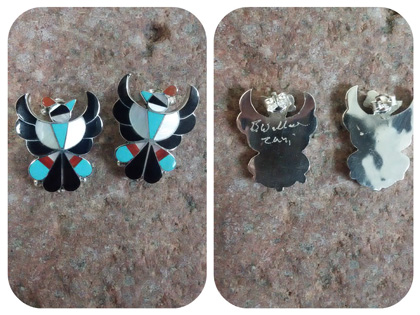 Zuni hallmarks often involve using soldering pens to make a custom stamp, usually resembling a signature. Some Zuni artists will even custom order a stamping tool for this very purpose.